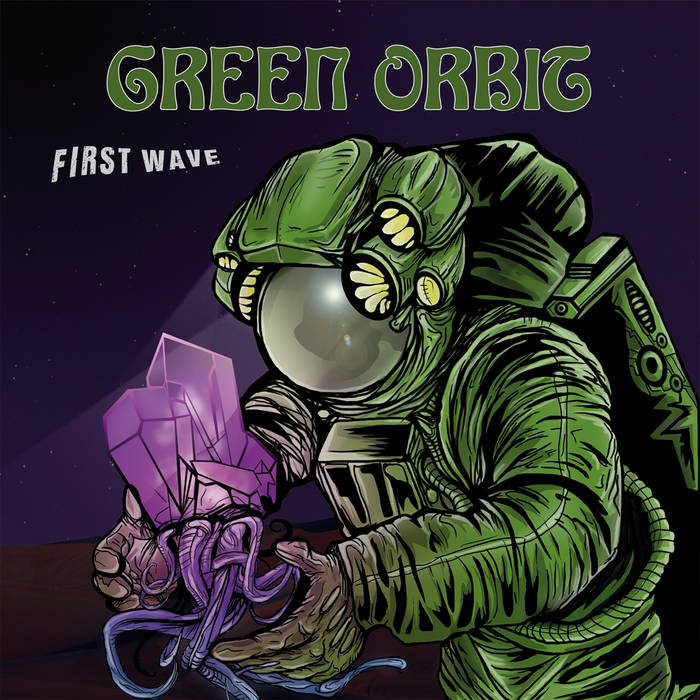 Pfuscher I'm so glad these guys jumped in for Spidergawd at the "Krach am Bach 2019", otherwise they would've slipped away under my Fuzz-thirsty ears! Endless loads of Fuzz and Psych, "Twins" combines these two in a perfect way! You have to see them live if you can! Favorite track: Twins.

IAM3663 it's hard to pick just one song from this release. they all rock! Favorite track: Moon Patrol.

FIRST WAVE was released on finest VINYL in July 2017 on Rock Freaks Records.

A very few copies of the first press in black, blue and purple vinyl are back in stock !!!

****************************************************
The so called European Stoner Rock has definitely made their mark on future generations. Bands like Sungrazer, Rotor, Grandloom or even Samsara Blues Experiment have done an impressive job within the genre, expanding its borders and spreading their believes throughout the music-thirsty souls. Hailing from Germany (what else?), the quartet Green Orbit gifted us with another instant-classic of the genre, their debut record “First Wave”. Notable for the constant warm fuzz sound, which is sweetly interlaced with psychedelic vibes, their sound takes another galactic home, where the sounds perfectly flow together, getting heavier and tighter with each listen. Created solely with the use of four instruments, including a didgeridoo(m), this is without doubt a must-listen album for Lava Rock followers:

Bandcamp Daily  your guide to the world of Bandcamp

Benji B talks about his new compilation ‘Deviation Classics’